How many times have you driven past this property?  Did you know it is the oldest domestic residential building in South Africa built in 1673, in the Main Road, Muizenberg, known as De Post Huys. 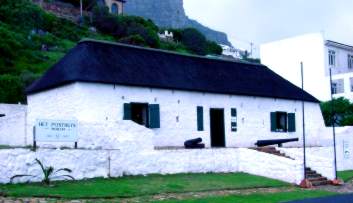 HET POSTHUYS MUSEUM is one of the oldest buildings in South Africa, dating to circa 1742. It was built by the Dutch East India Company (Vereenigde Oost-Indische Compagnie or VOC) as a toll-house to levy a tax on farmers passing by to sell their produce to ships lying in Simon’s Bay. One of the early postholders was Sergeant Muys (meaning “mouse”), from whom Muizenberg (formerly Muysenbergh and Muys Zijn Bergh (Muys’ mountain) before that) gets its name.

After a varied career as a police station, stables, brothel, hotel and private house the building was identified for what it was in the 1980s and restored with funds from Anglo American Corporation. The house is cared for by the Muizenberg Historical Conservation Society and contains a small collection of photos and items of interest relating to early days in Muizenberg. It is open to the public.

Main Road, Muizenberg. First mapped in 1687; served as a look-out post for enemy ships entering False Bay. Later uses include preventing contraband trading, a storage place for naval goods, an ale and eating house, and a private residence. Anglo-American restored it in 1982-1983. It is run by the Muizenberg Historical Conservation Society. On-site is a video tracing its layered history.

Are you looking to buy or sell something in the Lakeside area?  Contact Cathy Goosen for assistance.

Firefighters are still trying to extinguish the blaze which is burning in the Far South.

END_OF_DOCUMENT_TOKEN_TO_BE_REPLACED 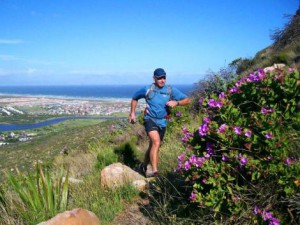 The Muizenberg Mountain Run – “The Turkey Earner” will take place on the 29 November 2014. This a tough 14km trail run ideal for the fitter trail runner.
Runners are asked to a park their cars at The Toad Pub in Lakeside and then walk or jog up to the starting point (1.6km distance) to warm up.

This event sells out fast!  Entries will open end at the end of August.